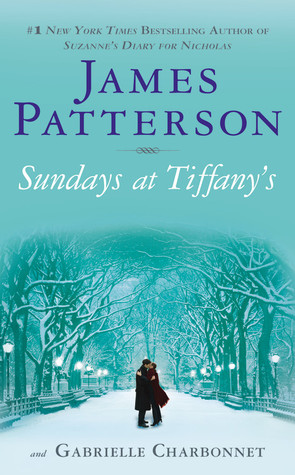 America’s #1 bestselling author, James Patterson, brings us a magical story about a love that transcends boundaries . . .

Jane Margaux is a lonely little girl. Her mother, a powerful Broadway producer, makes time for her only once a week, for their Sunday trip to admire jewelry at Tiffany’s. Jane has only one friend: a handsome, comforting, funny man named Michael. He’s perfect. But only she can see him. Michael can’t stay forever, though. On Jane’s ninth birthday he leaves, promising her that she’ll soon forget him.

Years later, in her thirties, Jane is just as alone as she was as a child. And despite her own success as a playwright, she is even more trapped by her overbearing mother. Then she meets someone-a handsome, comforting, funny man. He’s perfect. His name is Michael . . .
This is a heartrending story that surpasses all expectations of why these people have been brought together. With the breathtaking momentum and gripping emotional twists that have made James Patterson a bestselling author all over the world, Sundays at Tiffany’s takes an altogether fresh look at the timeless and transforming power of love.

This is the second time I’ve read a James Patterson novel and just like the first one I’ve read, which is Suzanne’s Diary for Nicholas, this is another book that I love. This novel wasn’t really what I was expecting which is good because who wants to read something you already know the ending to?

The story is about a beautiful, rich, perfectionist woman’s daughter, Jane, and her imaginary friend. Jane has always felt like she’s a disappointment to her mother and always feels that no one is around to cheer her up. That’s where Michael enters the story, his job as an imaginary friend is to make Jane feel special and loved and that she has someone to talk to about anything and everything.

As I have mentioned, the story turned out to be different than I expected and it was a very light read. I personally never had an imaginary friend as a kid and the idea of it doesn’t really appeal to me because it kind of sounds creepy. But this book changed that and I totally loved it!

Growing up, Jane eventually lost Michael but she still remembers everything about him. And to prove that, she even produced a Broadway play about it which was Thank Heaven. And when everything in her life suddenly goes downhill again, Michael enters her life and saves her just as he always did and the story kind of picks up from there.

This book crosses the barrier of how much a person can love another. It proves endless and unconditional love and shows that nothing can tear two destined souls apart, not heaven and definitely not hell.

James Patterson once again made me believe that love conquers all.