It’s that time of the year again where we showcase our top 10 favorite reads! With that, I back tracked and checked my Goodreads 2022 shelf to collate my favorites. I have to admit that I haven’t had a lot of 5-star reads, so it wasn’t that hard for me to make this list. For those of you who have been following my blog for quite some time now, you might have read in my previous posts that I started off this reading year a bit slow given that the first quarter of 2022 was quite busy for me with the wedding and all that, but as soon as I settled in my new home, I was able to constantly read again. It was one heck of a year with all the adjustments, meeting new virtual friends, finding my people, and finally falling into the rabbit hole of the thriller and horror genre — this isn’t a surprise as I’ve anticipated it happening in the past couple of years and finding the right book club helped me understand and discover new and old authors from this genre.

Anyway, so without further ado, here are the top 10 books that I really enjoyed reading this year: 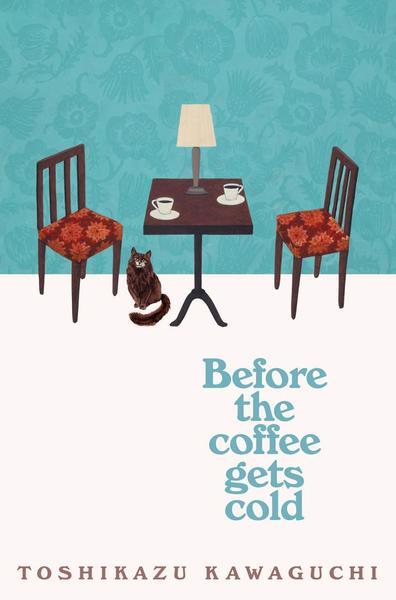 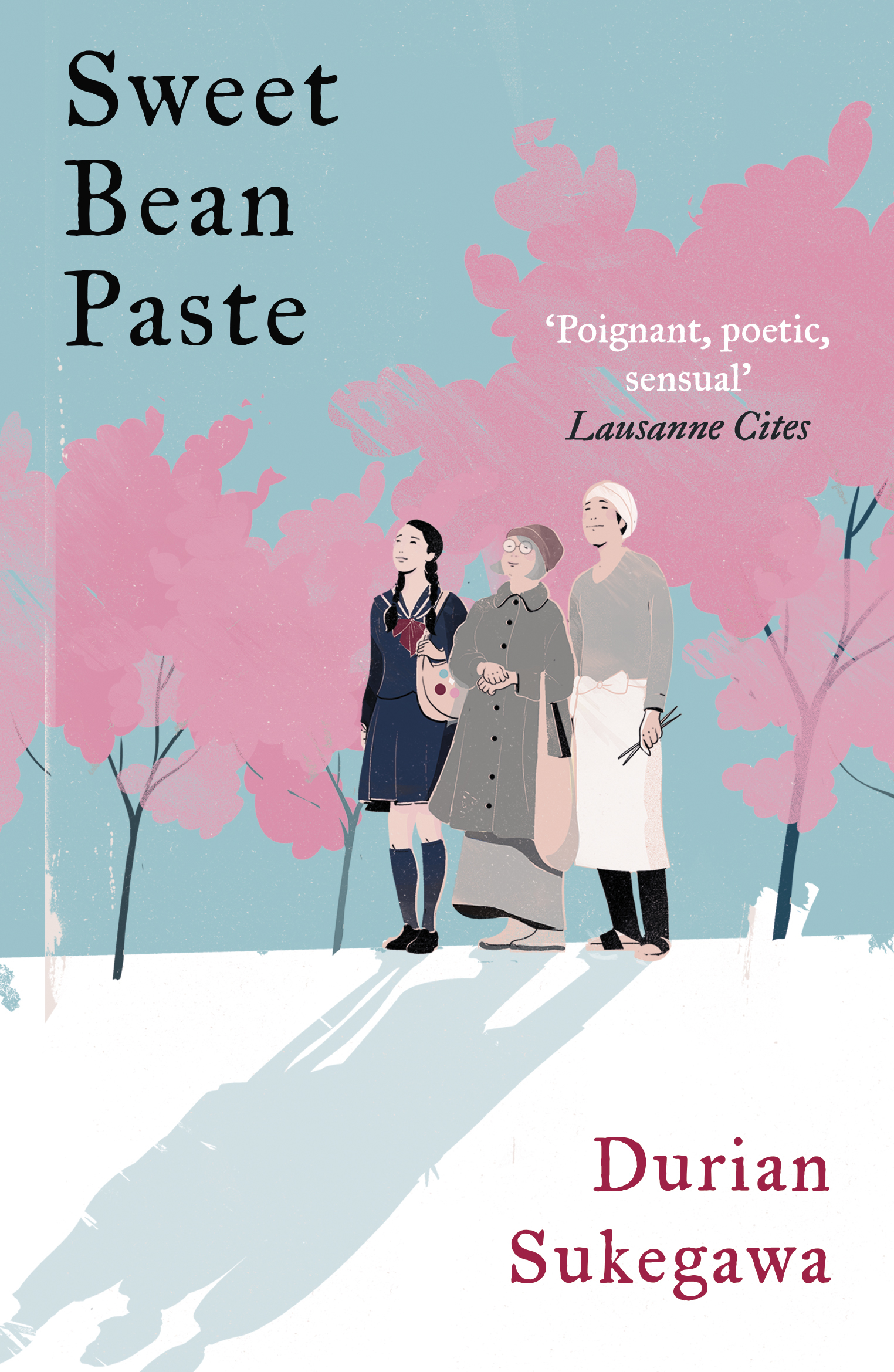 Sentaro has failed. He has a criminal record, drinks too much, and his dream of becoming a writer is just a distant memory. With only the blossoming of the cherry trees to mark the passing of time, he spends his days in a tiny confectionery shop selling dorayaki, a type of pancake filled with sweet bean paste.

But everything is about to change.

Into his life comes Tokue, an elderly woman with disfigured hands and a troubled past. Tokue makes the best sweet bean paste Sentaro has ever tasted. She begins to teach him her craft, but as their friendship flourishes, social pressures become impossible to escape and Tokue’s dark secret is revealed, with devastating consequences.

Sweet Bean Paste is a moving novel about the burden of the past and the redemptive power of friendship. Translated into English for the first time, Durian Sukegawa’s beautiful prose is capturing hearts all over the world. 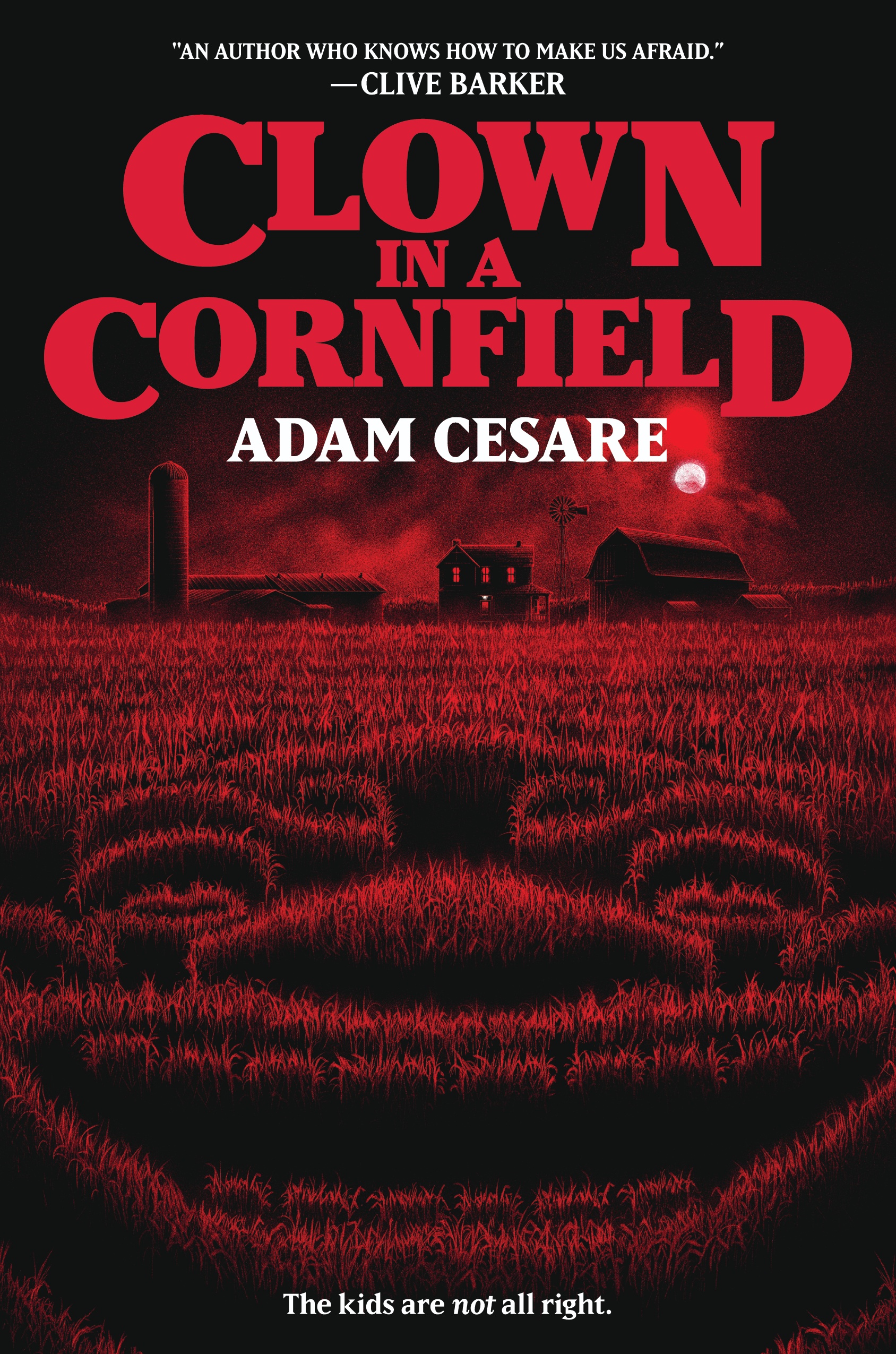 Clown in a Cornfield by Adam Cesare

Kettle Springs is caught in a battle between old and new, tradition and progress. It’s a fight that looks like it will destroy the town. Until Frendo, the Baypen mascot, a creepy clown in a pork-pie hat, goes homicidal and decides that the only way for Kettle Springs to grow back is to cull the rotten crop of kids who live there now. 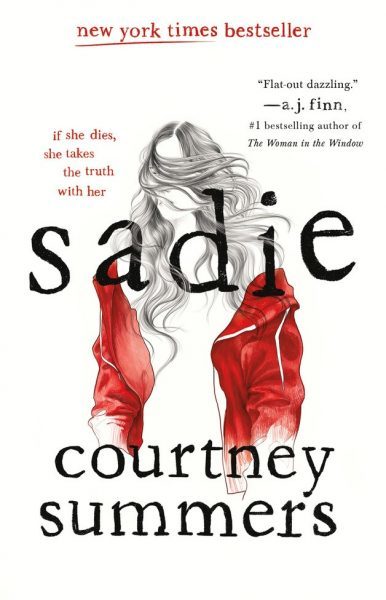 A missing girl on a journey of revenge. A Serial-like podcast following the clues she’s left behind. And an ending you won’t be able to stop talking about.

Sadie hasn’t had an easy life. Growing up on her own, she’s been raising her sister Mattie in an isolated small town, trying her best to provide a normal life and keep their heads above water.

But when Mattie is found dead, Sadie’s entire world crumbles. After a somewhat botched police investigation, Sadie is determined to bring her sister’s killer to justice and hits the road following a few meager clues to find him.

When West McCray―a radio personality working on a segment about small, forgotten towns in America―overhears Sadie’s story at a local gas station, he becomes obsessed with finding the missing girl. He starts his own podcast as he tracks Sadie’s journey, trying to figure out what happened, hoping to find her before it’s too late.

Courtney Summers has written the breakout book of her career. Sadie is propulsive and harrowing and will keep you riveted until the last page. 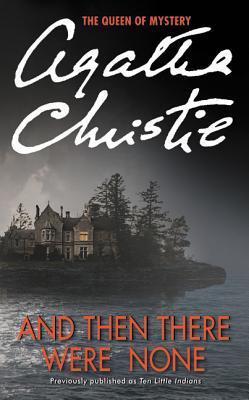 And Then There Were None by Agatha Christie

“Eight . . .”
Stranded by a violent storm, and haunted by a nursery rhyme counting down one by one . . .

One by one they begin to die. 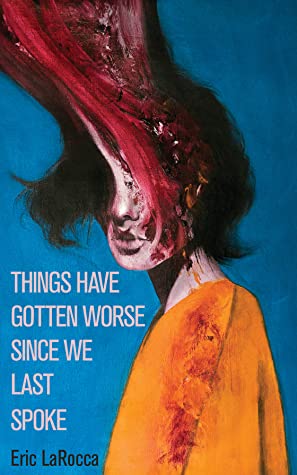 Things Have Gotten Worse Since We Last Spoke by Eric Larroca

A whirlpool of darkness churns at the heart of a macabre ballet between two lonely young women in an internet chat room in the early 2000s.

A darkness that threatens to forever transform them once they finally succumb to their most horrific desires.

What have you done today to deserve your eyes? 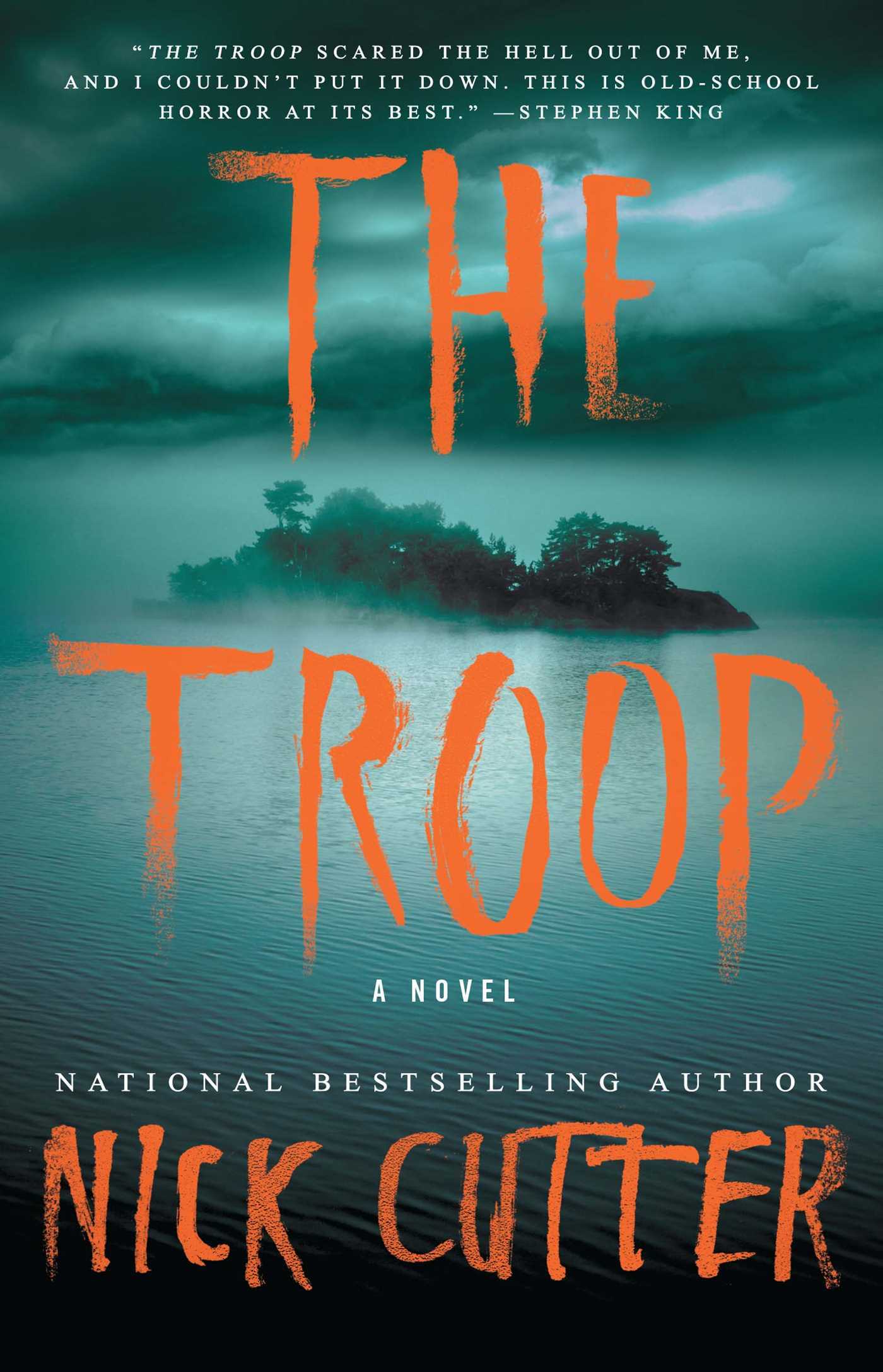 The Troop by Nick Cutter

Once every year, Scoutmaster Tim Riggs leads a troop of boys into the Canadian wilderness for a weekend camping trip—a tradition as comforting and reliable as a good ghost story around a roaring bonfire. But when an unexpected intruder stumbles upon their campsite—shockingly thin, disturbingly pale, and voraciously hungry—Tim and the boys are exposed to something far more frightening than any tale of terror. The human carrier of a bioengineered nightmare. A horror that spreads faster than fear. A harrowing struggle for survival with no escape from the elements, the infected…or one another.

Part Lord of the Flies, part 28 Days Later—and all-consuming—this tightly written, edge-of-your-seat thriller takes you deep into the heart of darkness, where fear feeds on sanity…and terror hungers for more.

Check out my review here. 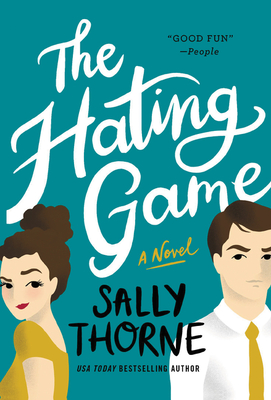 The Hating Game by Sally Thorne 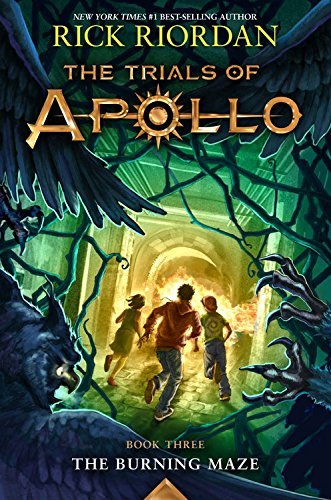 The Burning Maze (Trials of Apollo, #3) by Rick Riordan

With the help of some demigod friends, Lester managed to survive his first two trials, one at Camp Half-Blood, and one in Indianapolis, where Meg received the Dark Prophecy.

The words she uttered while seated on the Throne of Memory revealed that an evil triumvirate of Roman emperors plans to attack Camp Jupiter.

While Leo flies ahead on Festus to warn the Roman camp, Lester and Meg must go through the Labyrinth to find the third emperor–and an Oracle who speaks in word puzzles–somewhere in the American Southwest.

There is one glimmer of hope in the gloom-filled prophecy: The cloven guide alone the way does know. They will have a satyr companion, and Meg knows just who to call upon. . . . 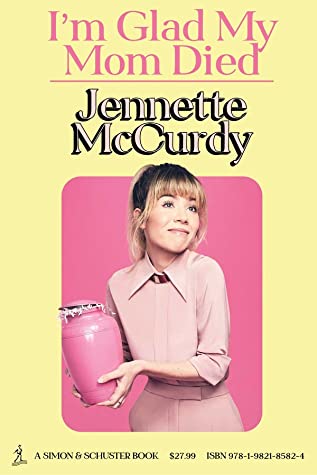 A heartbreaking and hilarious memoir by iCarly and Sam & Cat star Jennette McCurdy about her struggles as a former child actor—including eating disorders, addiction, and a complicated relationship with her overbearing mother—and how she retook control of her life.

Jennette McCurdy was six years old when she had her first acting audition. Her mother’s dream was for her only daughter to become a star, and Jennette would do anything to make her mother happy. So she went along with what Mom called “calorie restriction,” eating little and weighing herself five times a day. She endured extensive at-home makeovers while Mom chided, “Your eyelashes are invisible, okay? You think Dakota Fanning doesn’t tint hers?” She was even showered by Mom until age sixteen while sharing her diaries, email, and all her income.

In I’m Glad My Mom Died, Jennette recounts all this in unflinching detail—just as she chronicles what happens when the dream finally comes true. Cast in a new Nickelodeon series called iCarly, she is thrust into fame. Though Mom is ecstatic, emailing fan club moderators and getting on a first-name basis with the paparazzi (“Hi Gale!”), Jennette is riddled with anxiety, shame, and self-loathing, which manifest into eating disorders, addiction, and a series of unhealthy relationships. These issues only get worse when, soon after taking the lead in the iCarly spinoff Sam & Cat alongside Ariana Grande, her mother dies of cancer. Finally, after discovering therapy and quitting acting, Jennette embarks on recovery and decides for the first time in her life what she really wants.

Told with refreshing candor and dark humor, I’m Glad My Mom Died is an inspiring story of resilience, independence, and the joy of shampooing your own hair.

How about you? What are your favorite reads this year? Share them in the comments as I would love to know and chat about them!