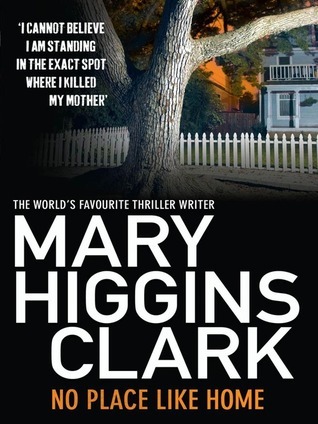 Ten-year-old Liza Barton shoots her mother while trying to protect her from her violent husband–Liza’s stepfather. While the death is ruled accidental, the tabloids still compare Liza to the child murderess Lizzie Borden.

Liza’s adoptive parents change her name to Celia and try to erase all traces of her past. Widowed after a brief marriage in which she had a son, Jack, she remarries a young lawyer. Celia is happy until, on her birthday, he presents her with a gift–the house where she killed her mother. On moving in, they find the words LITTLE LIZZIE’S PLACE–BEWARE painted in red letters on the lawn. When the real estate agent who sold the house to her husband is murdered, she becomes a suspect. As she struggles to prove her innocence, Celia and her little son are being stalked by the killer.

No Place Like Home follows the story of Celia Nolan, previously Liza Barton, as her husband bought her a house for her birthday. It was supposed to be a grand surprise, but turned out to be horrific for Celia as she finds out that the house her husband bought for her is the same house where she accidentally shot her own mother when she was 10 years old – 24 years ago. And as she tries to live a normal life in Mendham, a killer who probably knows Celia’s real identity is on the loose.

This is another slow burn thriller that I enjoyed. It’s my first MHC novel and I promise that it did not disappoint. Despite being a slow burn, it surprised me that it was not repetitive or boring which tends to happen in other slow burn novels. I really had fun guessing who has been killing these people — I have one person in mind, but it ended up being more than that. I absolutely did not see the twist coming at the end.

There are so many characters introduced in this book, but it was not so hard to follow them as each character is well-introduced per chapter. What I loved most about this book is that it keeps you guessing and that it has its readers captive until the very end.

All in all, I recommend this book if you’re up for slow burn thrillers! It’s really good and I can’t wait to read more of MHC’s works.